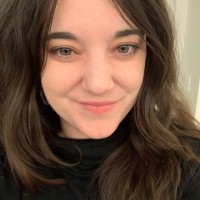 If you’re stuck on how your team prioritizes in-person time, the good news is it won’t cost you Lizzo concert.

Finding time to come together at work shouldn’t feel like a full-time job. And with our latest Team Sync feature, Snapshots, it never has to.

If your employees don’t know who to expect at the office, there’s a good chance they won’t bother coming in in the first place.

That’s why we designed Snapshots to be easily digestible summaries of co-workers and direct reports' schedules. Instead of being forced to juggle calendars, poll employees, or dig through messages, Snapshots can answer the question of “who’s going in?” before teams even have to ask.

Teams can choose how often they receive their Snapshots and on what channels. Snapshots can be sent on a daily and/or weekly basis. Daily summaries are sent the night before and weekly sent on Sunday night. Employees can also opt to receive their summaries via email only or can also receive them through the Scoop Slack app.

Know when favorite co-workers are going to work

It’s not enough to know that someone’s going into the office—employees want to know when their favorite co-workers are heading in. And whether those are direct team members or work friends, Snapshots highlight both for employees to easily spot.

These highlights, on both daily and weekly summaries, include the number of favorites and direct team members that have set their work status to either going into work or working remotely. Managers will see summaries for their direct reports which can be extremely helpful in their own on-site planning efforts.

Snapshots will also include special call-outs for when managers and direct reports have set their statuses as out of office (OOO).

The key to RTO success lies in real visibility

Getting your people back to the office doesn’t have to make headlines. For teams that have the flexibility to choose the days they work from an office vs at home, all they really need is better visibility.

When we launched Team Sync, our goal was to build a hybrid team assistant that took away the headaches of coordinating hybrid schedules so teams could easily find moments to come together in person. Now with Snapshots, we’re one step closer to delivering that reality to our customers.

The Pros and Cons of Hybrid Work Schedules

Stuck on the right hybrid schedule for your team? Here's our take on the opportunities and challenges of the three most common hybrid schedules.
Resource

How Do You Measure the Productivity of Hybrid Employees?

When hybrid managers and employees don't see eye to eye on productivity, everyone loses. Read on to learn what managers *should* be doing today to get an accurate pulse on productivity.
Resource

When Should You Work from the Office?

Understanding when it makes sense to work from the office starts by knowing why it might make sense to do so (and when it doesn't).
Resource

Make every trip to the office count

Add to Chrome for Free