Here's How to Overcome Proximity Bias in the Hybrid Workplace 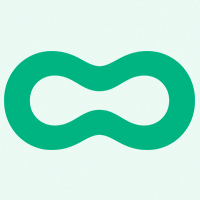 As more companies weigh their return to office (RTO) decision, the conversation around proximity bias has been steadily growing. And  while we’ve posted some of our thoughts in the past in our article ”Proximity Bias in the Hybrid Workplace”, we want to take a deeper dive into this pernicious influence during this pivotal time.

What Is Proximity Bias?

Proximity bias can be defined as the tendency for employees who work more closely with their managers (or in the hybrid workplace, go into the office more frequently) to receive more favorable treatment and more opportunities for career advancement compared to others who are less visible.

Proximity bias isn’t new — in fact, it’s probably as old as the modern-day office. Perhaps one of the best examples of proximity bias from pre-COVID times occurs in an episode of Friends, “The One Where Rachel Smokes.” In the episode, Rachel starts a new job at Ralph Lauren only to find herself left out of important decision-making sessions which occur outside during smoke breaks — when Rachel isn’t present because she doesn’t smoke. To stay visible in front of her boss, she decides to take up smoking to comedic effect.

If managers aren’t careful in the hybrid workplace, they may, like Rachel’s boss, end up putting similar pressure on their team members — causing them undue stress over their visibility and compromising the hybrid work model by driving associates into the office more frequently than they’d like. In addition to lower job satisfaction and engagement, such bias can result in overlooking genuinely talented associates for growth opportunities and negatively impact retention rates.

Proximity Bias in the Hybrid Workplace

While the most common advice to managers about proximity bias is to simply be aware of it, there's a reason why this tendency is so insidious — it can be hard for us to see our own biases. Here are some best practices that can help you truly overcome this destructive hybrid workplace influence.

Be ruthless about schedule compliance

Once rules and expectations around your new hybrid schedule are clearly defined, it’s your responsibility as the manager to role model the new norms yourself. That means if your hybrid schedule is two days at home and three days in the office every week, you shouldn’t go into the office more often than that. Otherwise, you may be sending the message to your team that in order to have a leadership position, you have to be on site more than others. It’s also important to dissuade your team members from coming in more often than your company’s hybrid schedule dictates.

Divide your time equally among your team members

Take a proactive role in avoiding proximity bias by equally distributing your time between your direct reports. If your company allows you to choose your own in-office days, plan your schedule so that you get adequate exposure to everyone on your team. Also, schedule your one-on-one meetings so that they occur in person in the office with all team members. If you notice that you haven’t seen one of your direct reports much lately, drop by their desk and say hello so you can retain regular contact.

Get over the idea that looking busy equates to actual work

While the “butts in seats'' mentality is becoming outmoded in the hybrid work model, there are other ways employees can signal that they’re being productive without actually contributing to your team goals. For instance, there may be someone on your team who is eager to call frequent coordination meetings and assign work that prevents the group from doing their real jobs. Also, you may notice some of your team members answer emails early in the morning or late at night. Keep in mind this doesn’t necessarily mean they’re more dedicated to their jobs — in fact, it could actually reveal inefficiencies.

In the hybrid workplace, managers need to look beyond such signals of productivity and focus on team goals and KPIs in order to properly assess performance. For your weekly one-on-ones, ask that everyone comes prepared with their key metrics and a list of their completed projects for the week, and take the time to evaluate in your meeting how they’re progressing toward their annual goals.

Make the distinction between “go-getters” and “sucks-ups”

In your career thus far, you’ve likely encountered a “suck-up” yourself every now and then in the office. In the hybrid workplace where there is less in-person contact with team members, it’s important to be extra watchful for this type of behavior. While you may think you’re not susceptible to brown-nosing, as Roxane Roberts and Ashley Fetters Maloy point out in their article for the Washington Post, "even the most levelheaded bosses like praise and appreciation." They write:

“There are people with an innate sense of office politics who quickly figure out how to be useful to their boss and boss’s boss in addition to doing their jobs. Then there are the people who flatter and press the flesh but aren’t as interested in the work as much as climbing the corporate ladder.”

How can you tell the difference between a genuine go-getter and a flatterer? Roberts and Maloy’s article identifies the following tendencies among suck-ups:

Combatting proximity bias will require managers to take an honest look at themselves and their team members, but these efforts will go a long way in helping your team grow by rewarding the talent that truly contributes the most to your team’s vision.

Here's How to Overcome Proximity Bias in the Hybrid Workplace

The Pros and Cons of Hybrid Work Schedules

Stuck on the right hybrid schedule for your team? Here's our take on the opportunities and challenges of the three most common hybrid schedules.
Resource

How Do You Measure the Productivity of Hybrid Employees?

When hybrid managers and employees don't see eye to eye on productivity, everyone loses. Read on to learn what managers *should* be doing today to get an accurate pulse on productivity.
Resource

With Team Sync Snapshots, get the answer to "who's going in?" before you even have to ask.
Resource

When Should You Work from the Office?

Understanding when it makes sense to work from the office starts by knowing why it might make sense to do so (and when it doesn't).

Make every trip to the office count

Add to Chrome for Free